As a firm, we are constantly developing content and programs to help you in three distinct ways.  The first is to help you become a thought leader in the nonprofit sector by providing weekly content through our podcast Your Path to Nonprofit Leadership. The second is through individual coaching, training and our unique Mastermind Nonprofit Leadership program. The third way is to help your nonprofit organization through support of its strategic planning, board & staff development, and fundraising. Through our exclusive partnership with the Institute for Philanthropic Leadership, we also  guide aspiring nonprofit leaders thought the virtual New Development Professionals cohort training program, as well as the annual Leadership Gift School, now entering its 10th cohort season.  Let us know how we can help you! Join our community by signing up for our free resources here, and schedule a call if you'd like to learn more about ways we can help you on your journey to nonprofit leadership.
Our team is proud to be affiliated with these professional organizations: 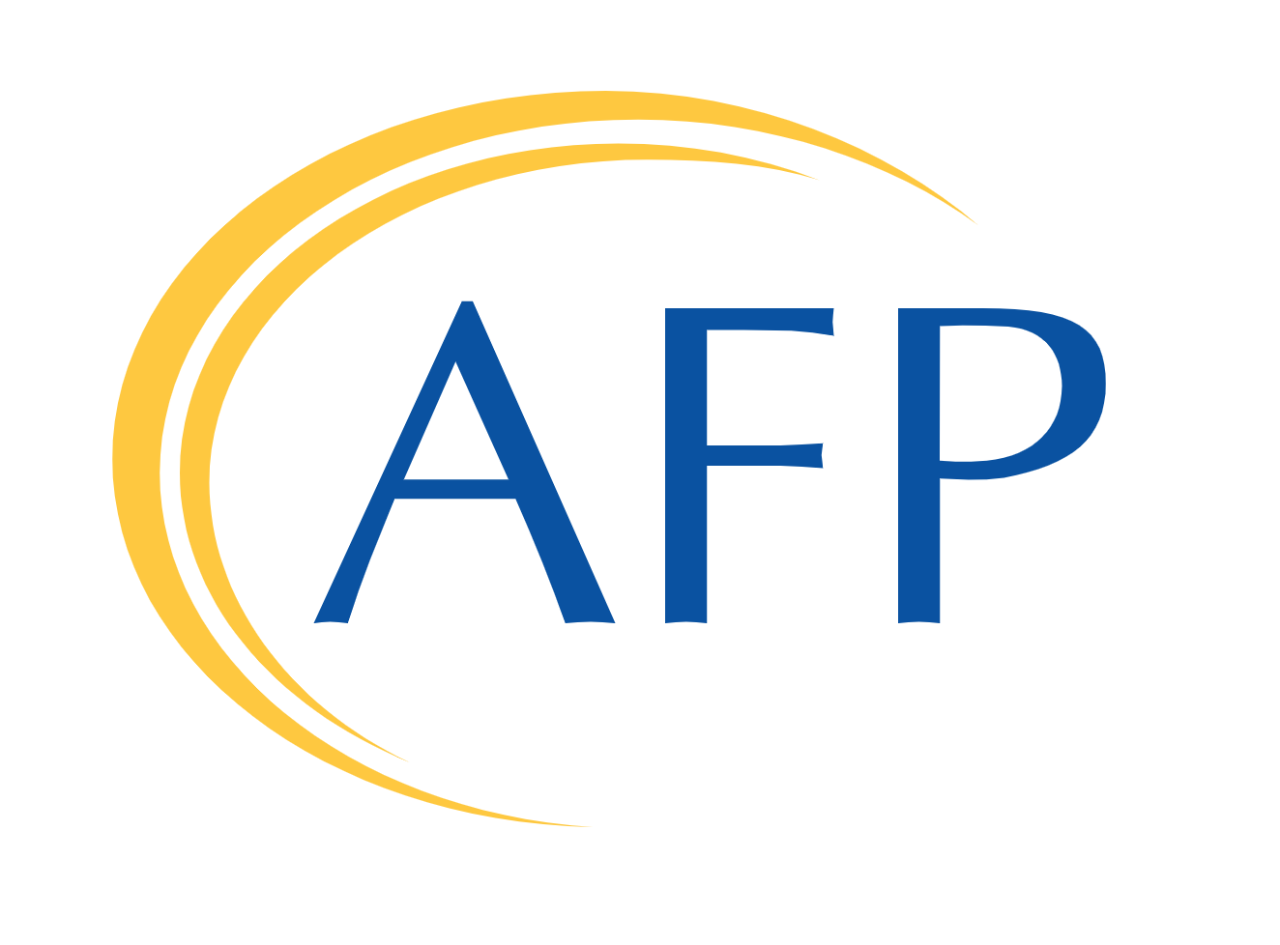 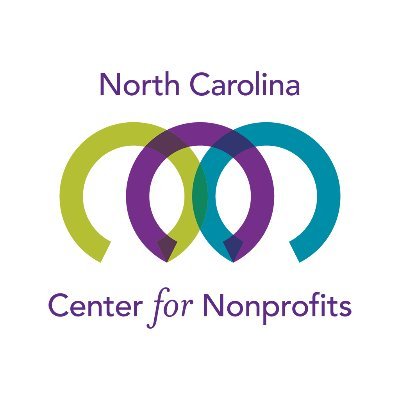 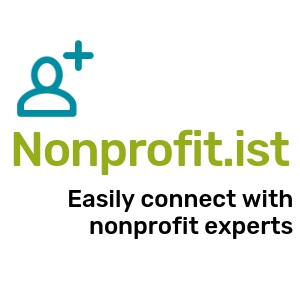 Learn More
Dr. Patton McDowell, MBA, CFRE
President
pm@pattonmcdowell.com
Visit Patton's LinkedIn
Patton has enjoyed a successful 30-year career in nonprofit leadership, strategic planning, and organizational development. His consulting practice has allowed him to work with more than 240 organizations throughout the Southeast, including nonprofits focused on healthcare, education, arts & culture, and human services.  Patton is a dynamic speaker who has facilitated workshops throughout the region as well as served as a presenter at state and national conferences. Prior to founding PMA Consulting in 2009, he served as Vice President for University Advancement at Queens University of Charlotte where he was responsible for all fundraising, communications, and alumni programs for the university.  Before Queens, Patton served as Vice Chancellor for University Advancement at UNC Wilmington, where he was the youngest vice chancellor in the 16-campus UNC system. He previously served as Program Director for Special Olympics North Carolina in Raleigh, following his tenure with Special Olympics International in Washington, D.C.  Patton is a native of Elizabeth City, NC, and received a bachelor's degree in English Education from UNC Chapel Hill, where he was a Morehead Scholar. He received his MBA from the McColl School of Business at Queens, and his Doctorate in Education (Organizational Change and Leadership) from the Rossier School at the University of Southern California. He is a Certified Fundraising Executive (CFRE), a Master Trainer for AFP International, and a member of the William C. Friday Fellowship for Human Relations. Patton is a former board President of AFP Charlotte, served as the Chapter Representative on the AFP International Board, and is the host of the weekly podcast Your Path to Nonprofit Leadership. 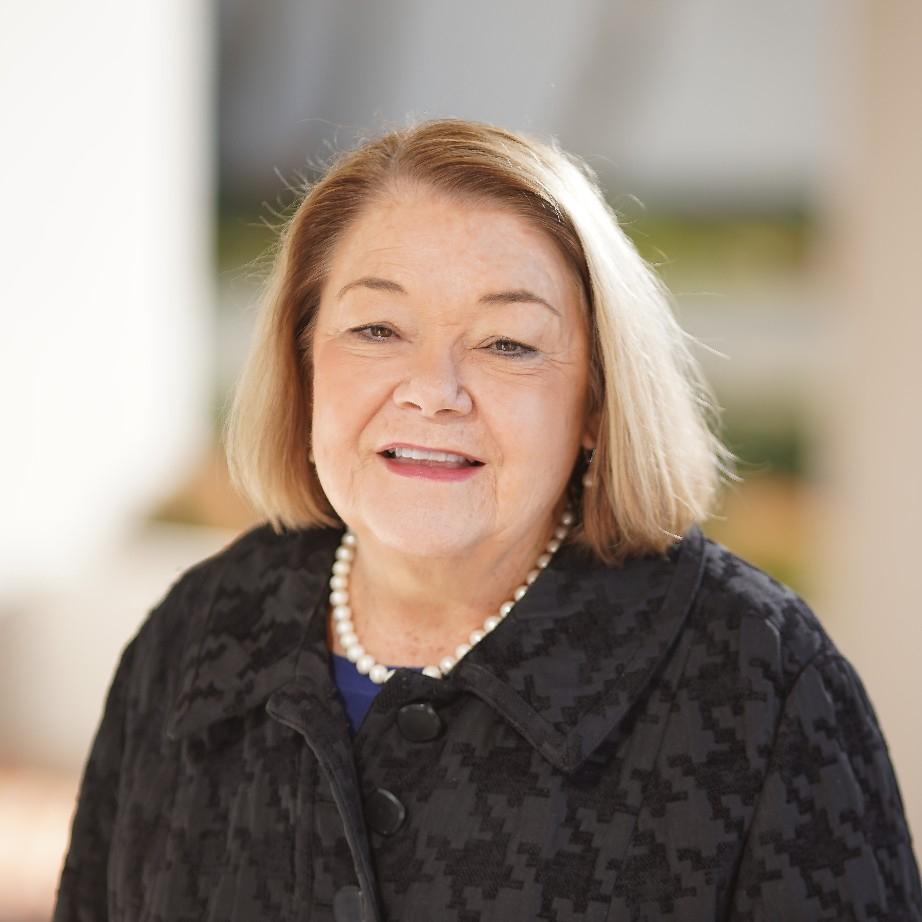 Learn More
Cindy Clark, CFRE
Senior Consultant
cc@pattonmcdowell.com
Visit Cindy's LinkedIn
Cindy joined the PMA team with more than 35 years of experience in nonprofit leadership, strategic planning, management, development, and marketing. Her background includes work in healthcare, higher education, and the independent school sectors. Most recently, Cindy served for nine years as a member of the Senior Leadership Team and Vice President for Development with Hospice & Palliative Care Charlotte Region, where she managed a successful $10 million capital campaign to build Levine & Dickson Hospice House. She previously served for 14 years as Director of Advancement at Gaston Day School, an independent school in Gastonia, NC. Cindy began her career in Advancement at Belmont Abbey College, where she served first as Director of Public Relations and later became Director of Development. At PMA, she consults with a broad spectrum of nonprofit organizations, including education, social services, economic development, and arts clients. Cindy received a bachelor's degree in English Education from Appalachian State University and is a Certified Fundraising Executive (CFRE).  She is a former board member and President of AFP Charlotte and a former recipient of their Outstanding Professional Fundraising Executive Award. 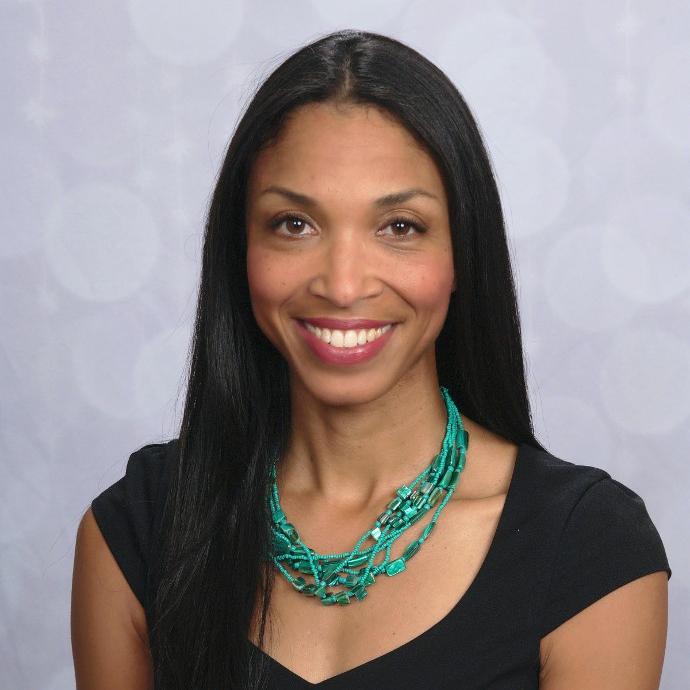 Learn More
Charmain Lewis
Consultant
cl@pattonmcdowell.com
Visit Charmain's LinkedIn
Charmain is a Communications professional who joined PMA in September of 2020 after relocating to Charlotte with her family. With over 20 years in both Communications and Education, she has extensive experience in leadership, building relationships, and company collaboration. After serving thirteen years as an educator, Charmain spent several years writing business profile articles for MBE Magazine and Diversity Professional Magazine and eventually began consulting with clients on communication needs across multiple industries. She developed objectives and strategies where she was able to formulate and execute a communications plan, bringing the client's vision to life. She has also played a key role in planning and coordinating events including an inaugural conference for a non-profit organization in the medical field. Charmain is a graduate of Queens University of Charlotte with a bachelor's degree in Communications. 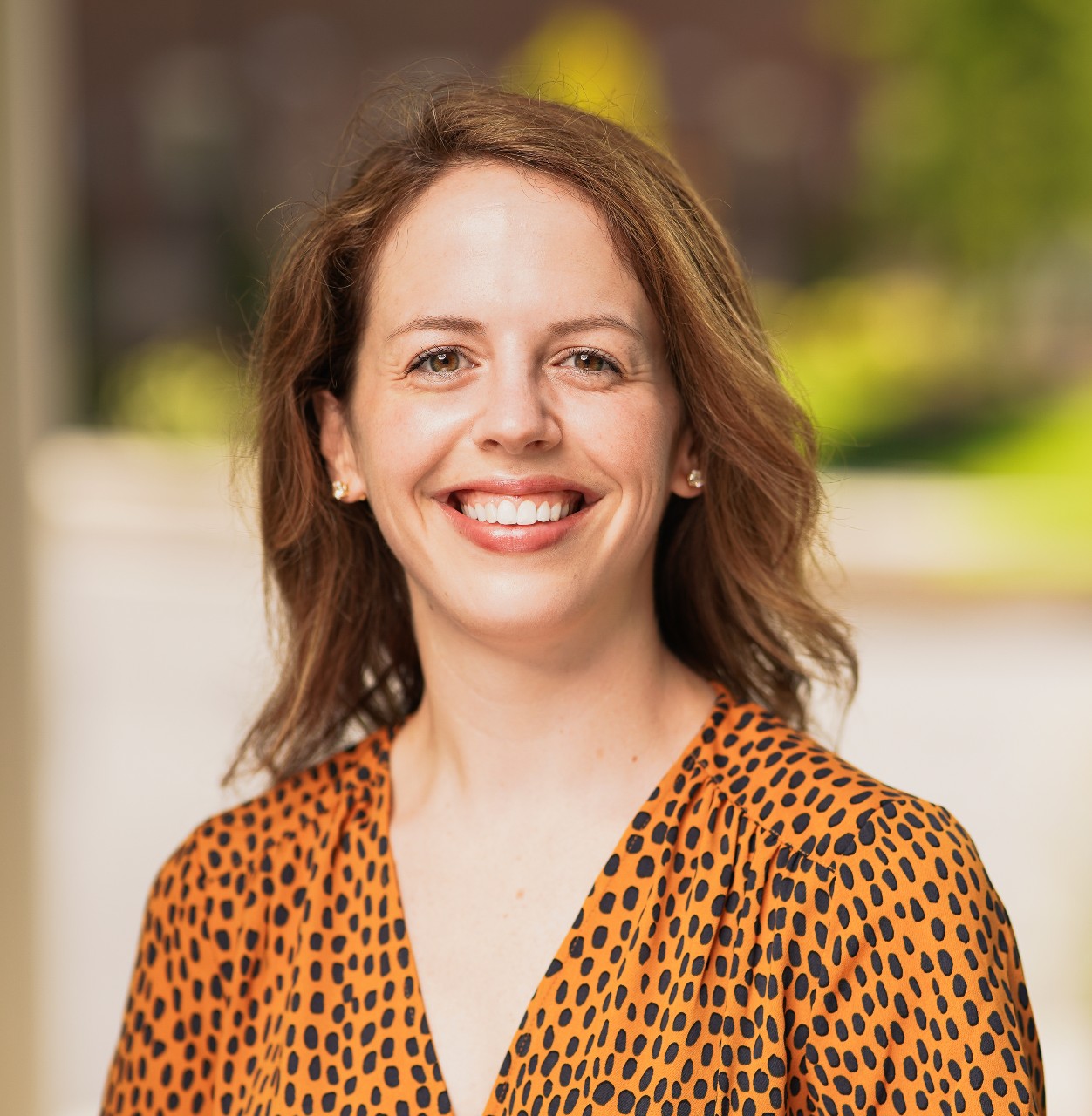 Learn More
Lea Williams, Ph.D.
Consultant
lw@pattonmcdowell.com
Visit Lea's LinkedIn
Lea is an Organizational Scientist who joined the PMA team in June of 2020. Prior to joining the firm, Lea dedicated her time to two main areas: earning her Ph.D. in Organizational Science from the University of North Carolina at Charlotte and serving 15+ nonprofits through pro-bono consulting engagements. In addition to her nonprofit work, while obtaining her Doctorate, Lea also worked in several Talent Management & Organizational Development roles at large organizations in Charlotte, such as Ingersoll Rand, Duke Energy, TIAA, and Jacobsen. Given her strong research background, she is skilled at gathering input and synthesizing it to help nonprofit leaders develop innovative solutions. Her specialties include meeting effectiveness (the subject of her dissertation), leadership, board, and staff training and development, data analysis (both quantitative and qualitative), strategic planning, survey design, stakeholder research, and volunteer retention/engagement. She also received her Master's in Industrial-Organizational Psychology from the UNC Charlotte and her bachelor's degree in Psychology from Davidson College. 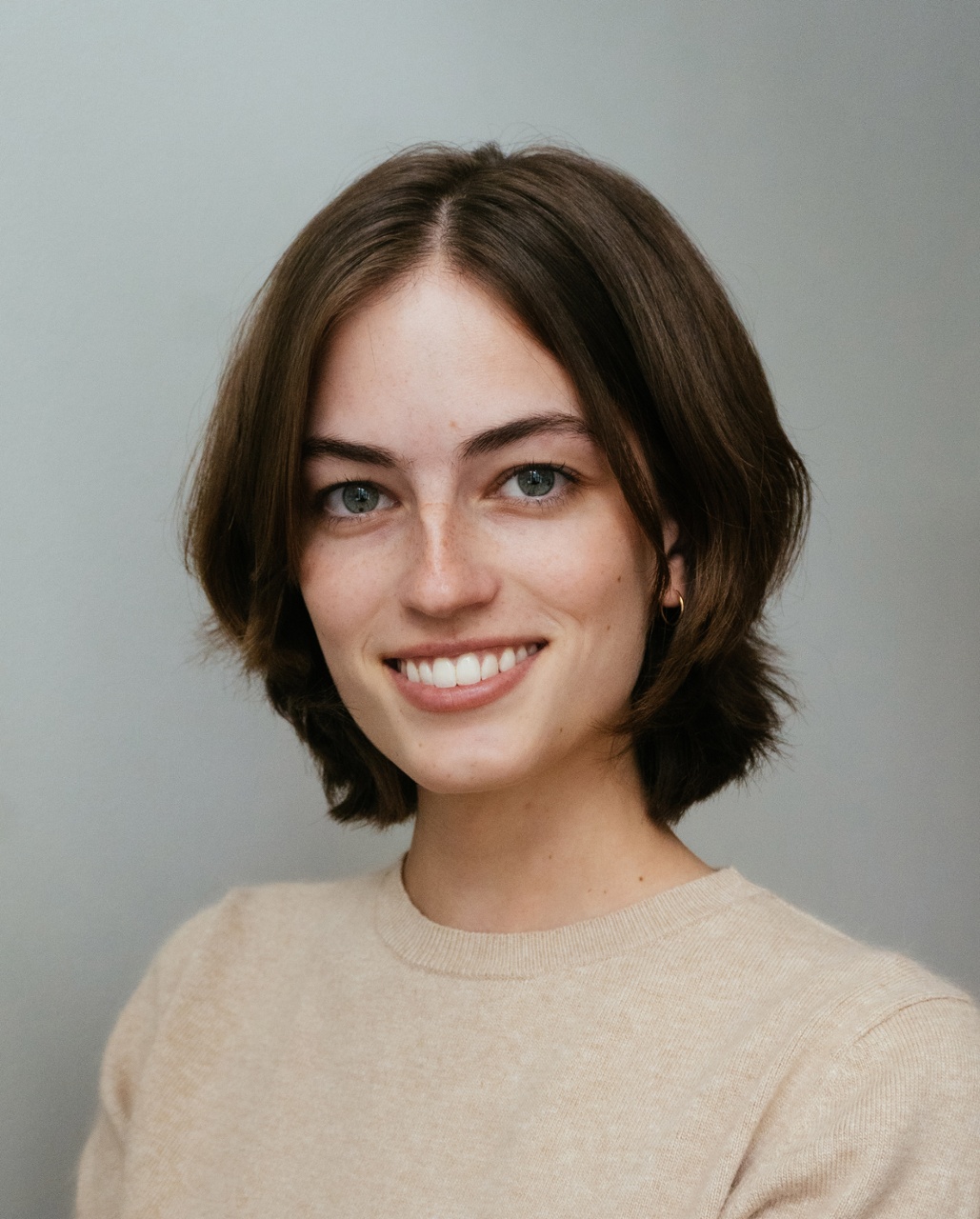 Learn More
Lauren McDowell
Content Manager
lm@pattonmcdowell.com
Visit Lauren's LinkedIn
Lauren is a visual and narrative communicator who joined the PMA team in August of 2019.  She is passionate about tackling ideas and translating them into a compelling narrative, visual and audio formats. She brings design and writing skills, a mastery of the Adobe Creative Suite, and a love for photography and visual culture in the nonprofit sector. As Content Manager, she creates and directs content marketing initiatives across multiple platforms and formats, and serves as the Executive Producer of the firm's weekly podcast Your Path to Nonprofit Leadership. She manages guest research, program design and audio production/publication across all podcast platforms.  She also designs, maintains, and updates the firm's social media profile by writing blog articles, producing visuals, and coordinating brand identity.  Lauren is a graduate of the University of Southern California, where she received a BA in Narrative Studies through the Department of English, a Minor in Digital Studio Art from the Roski School of Art and Design, and a Minor in Classical Perspectives from the Department of Classics. 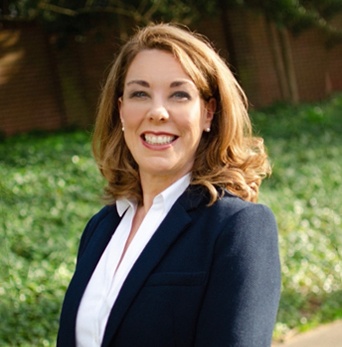 Learn More
Cindy Teddy
Consultant
ct@pattonmcdowell.com
Cindy brings over 25 years of experience working within the nonprofit sector to the team. She has deep proposal development experience, and experience working directly with  boards and community partners. As a consultant for PMA, Cindy works with organizations to build and secure funding relationships with corporate, foundation, and private donors She has a proven track record for successfully securing and managing grants. She develops and authors narratives for funding including: Request for Proposals, Grant applications, Outcome Models, and Theory of Change statements. Cindy has served in a board leadership capacity with Foundation for the Carolinas: Cleveland Community Foundation, American Heart Association, Dover Foundation YMCA, and United Way. She received her Master's in Psychology from Appalachian State University as well as her Degree of Advanced Studies and her bachelor's degree in Psychology from Mount Saint Mary's College in New York. 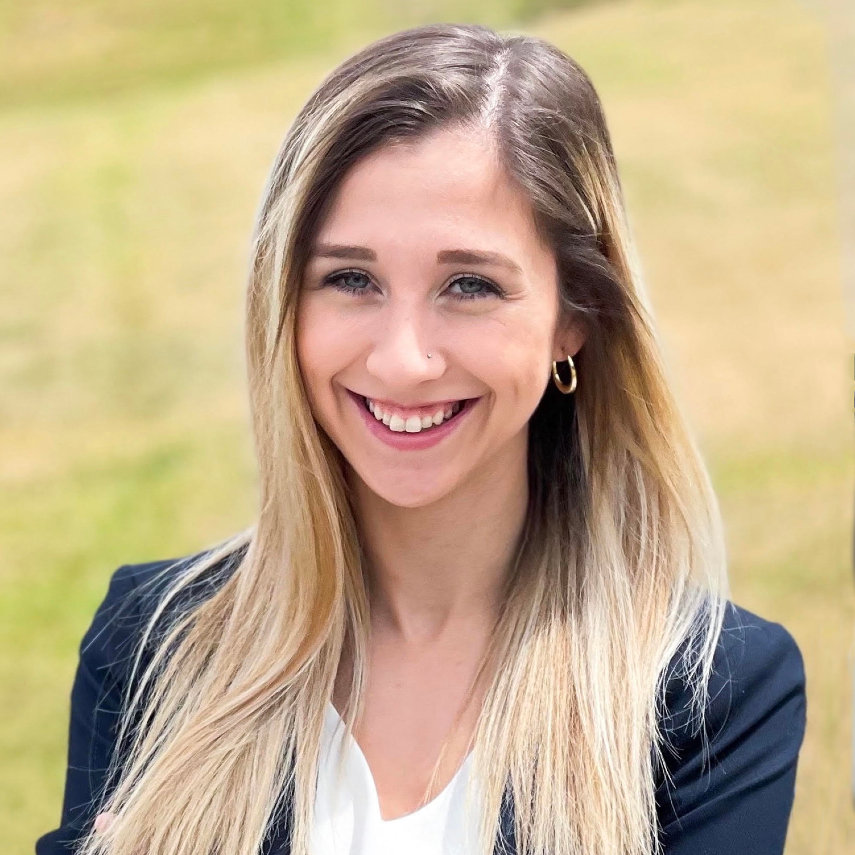 Learn More
Katelynn Bruno
Graduate Student Intern
kb@pattonmcdowell.com
Visit Katelynn's LinkedIn
Katelynn joined the PMA team as a Graduate Student Intern in March of 2021. She is currently pursuing a Master's in Public Administration at the University of North Carolina at Charlotte and is concentrating in Nonprofit Management. Prior to pursuing her graduate degree, Katelynn worked as a Registry Growth Intern for Gift of Life-Marrow Registry and Project Life Movement. As a Registry Growth Intern, she recruited 183 individuals to join the registry and has since had 4 successful donor-recipient matches.  Katelynn also served as the President of Ninerthon (UNC Charlotte's Dance Marathon Program) during her undergraduate career. As President, she reported directly to the development team at the Atrium Health Foundation and Children's Miracle Network Hospitals and gained valuable nonprofit experience in the process. Katelynn successfully executed converting Ninerthon's in-person event, with over 500 participants, to a last-minute virtual event that raised $21,000 at the beginning of COVID-19 shutdowns. Katelynn is passionate about eliminating barriers to upward mobility in the greater Charlotte-Mecklenburg community, as well as rehabilitation efforts for those recovering from addiction, incarceration, homelessness, and/or fleeing from intimate partner violence (IPV). She also received her bachelor's degree in Health Systems Management from UNC Charlotte.