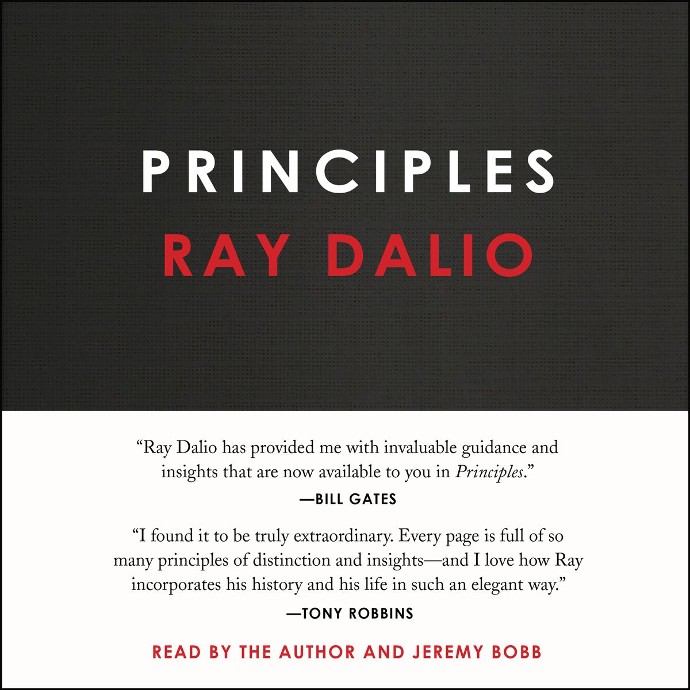 In Principles, billionaire investor Ray Dalio reflects on 40 years in finance and his career as the successful founder and CEO of Bridewater Associates.  Using anecdotes and experiences from his life and success as an investor, Dalio offers a series of rules and guidelines to live by that shaped his personal and professional success.

1. Shared values. As the title suggests, a core set of guiding ideas should prevent people from getting misled by their own opinions or emotions. Like guiding principles, shared values give employees a structure for their activity, and they can refer back to the shared truth of the organization rather than having something misconstrued by personal bias. Dalio pointedly confronts readers with the significance of establishing and upholding these values, and the importance of approaching everything with humility and open-mindedness. If you do not know what your organaization's shared values are, that likely indicates you need them!

2. Radical Transparency. Dalio's concept of "radical transparency" means that honesty in the office is of utmost importance even if it leads to hurt feelings. Openness about one's own mistakes and personal failures is uncomfortable at first, but a fundamental key to an organization's success.  How can you expect people to be honest with you and take your honest feedback if you are not honest with yourself?  Rather than simply providing an unfounded critique, radical transparency provides its users with a method to be honest and open but also offers practical measures that can lead to genuine improvement.

3. Believability index. In order to establish an effective idea meritocracy, Dalio had to develop a methd to best judge ideas coming from his team.  He did so by conceptualizing a "believability index," a system in which an individual's historical decision-making successes qualify them to advise the organization on matters of increasing importance in the future (every member of the company has the equivalent of a "baseball card" which indicates their areas of expertise and past successes in a statistical manner). Instead of simply criticizing certain ideas based on personal judgements, those who have successful track records within certain subject areas have greater clout when voicing their opinion, regardless of their title or spot within the organization's hierarchy.

Dalio's collection of principles served him well as a guiding structure for his success and learning. Confidence in his principles assured that he would seldom be swayed or misled by his misperceptions. By utilizing radical transparency, idea meritocracy, and the believability index, he established a multifaceted system to honestly and truthfully evaluate feedback, facing his own faults with candor and improvement.

ABOUT THE AUTHOR
Raymond Thomas Dalio is an American billionaire hedge fund manager and philanthropist who has served as co-chief investment officer of Bridgewater Associates since 1985.